Lets start by going over GW18 predictions and results:

4/10 correct predictions. Tough week for the model, but hard to predict Utd bloodbath and only 5 home wins. The mean error in predictions has actually gotten worse after this week’s results due to the many surprises. On the bright side the model was spot on with Fulham, Ipswich, and Sunderland, which I’d say are not the easiest games to predict.
1/3 correct recommendations – Only the Fulham recommendation paid off. Bolton attackers did get some returns but I thought it would go a different way. Leicester have a great away rating (7th) which I said I don’t believe truly represents them. Turns out it does. Spurs have failed me once again, and they are now one of the worst home teams in the league (15th). The model doesn’t lie. Wait for this weeks recommendations though.

Now for GW19 ratings and predictions:

Tough gameweek to call. But this is the kind of week that I believe the model could help with. Let’s see what we have:

3rd time’s a charm. The highest predicted margin this week (-2.04) is for Spurs away from home. Spurs are the league’s best away team and the model double down on that. I will go with it again here. Rebrov (if he plays), Selakovic and Sheringham to bang.

In the game of the season we get Arsenal as slim favorites. The model is suggesting 2-2 and I kind of agree with it. Both teams to score, Utd on a bad run and I think they might lose this one again (2-1)

Last recommendation and a differential one, Charlton at home to Fulham. Charlton are the 6th home team in the rating and Fulham can be awful away from home. Charlton attackers to collect the points this week with a 3 – 1 victory. 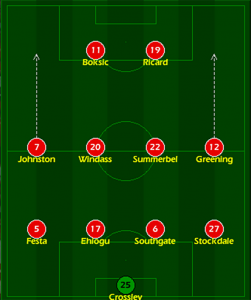 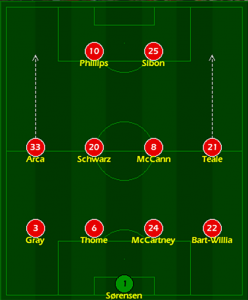