What a crazy week it’s been! A monster week in CMFPL with Viduka hitting 20 points and by the sounds of it, making or breaking a lot of seasons! Add to that the transfer onto the new website, and personally, doing a draft team for the 2nd half of the CMFPL season with some fellow CMFPL players! It’s been hectic!

Let’s have a look at the OWP results followed by the up to date data!

Schmeichel – 3 points – despite a 2-1 loss, Schmeichel got 2 save points, which is kind of what we were hoping for, so I’ll take this all day long!

Gordon – 1 point – Subbed after 56 mins, Gordon couldn’t get anything going this week.

Bassedas – 2 points – Huge punt but a huge letdown for me and some of the community!

Euell – 2 points – Now I know how Tommo feels! It was Bartlett amongst the goals this week, so another fail for our picks.

Let’s get into the data!

Home and Away Data/PPG Data

GK – Sereni – Wes (a) – West Ham give up the 4th most FPL points to Keepers when they play at home. According to @MotleyBarnets Comparison sheet, West Ham are bottom for goals scored at home (8), have attempted the second fewest shots, and have the fewest shots on target. This could be a risk as it appears there is little chance of save points/bonus, but there’s no fun in an easy pick!

DEF – Harte – Ful (h) – Leeds defenders are scoring the most FPL points when playing at home, and Fulham have yet to keep a clean sheet on the road. They’re conceding just under 2 goals a game on the road, so hopefully Harte can get amongst it.

MID – Scowcroft – Ast (h) – Villa concede the 3rd most FPL points to midfield units on their travels, and Leicester mids score the 5th most FPL points playing at home. I’m hoping it was just rotation that saw Scowcroft left out and that he can come straight back in and firing again.

FWD – Jansen – Tot (h) – Blackburn Forwards are scoring the most FPL points at home and whilst Spurs don’t concede a lot of FPL points to Forwards on the road, they have only kept 1 clean sheet. As Jansen is the most nailed, I’m hoping he can get a return for us this week!

Thanks for reading guys, I hope its useful and that it helps with the green arrows! 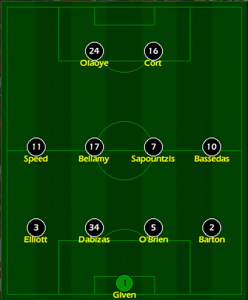 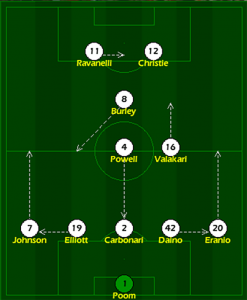 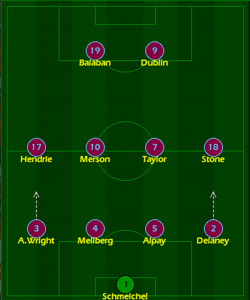